The purpose of this article is to discuss the problem of musical performance and how it activates both in the listener and in the performer a resonance that involves the two of them in an empathic type of resonance.

This interrelation process has already been widely studied, but here we will examine the relationship between performer and listener following the contributions offered by recent neuroscientific research.

Musical expression has always been part of human communication. Through the centuries, it has undergone different sound modalities culturally and socially shared as forms and linguistic specificities.

So far nothing new, but today’s scientific research makes clear that not only does a musical product describe the period that has produced it, but it also represents an important meeting point for inter-subjective and social human activity. It stands out that music has the ability to evoke similar affective and senso-motor resonances both in the performer and the listener. Therefore, the acts of playing and listening to music represent two types of experience similar to each other, more than we might believe.

Why does this resonance between performer and listener happen?

As human beings, we need to establish relationships with others in order to confirm our own existence and to enable the construction of the self, which is by nature not self-sufficient.

Thus, our social condition leads us to establish positive interpersonal relationships promoting pro-social behaviours in a position to respond to relational needs.

During his existence, man acts as the builder of a collective identity and also as an individual within it. The act of sharing enables human beings to become distinguishable as unique subjects, and at the same time to assimilate reciprocally as members of the same community.

History of human evolution shows how imitation is the fundamental prerequisite for the development of social abilities, such as understanding other’s emotions. This happens because we are capable of mutual or reciprocal reflection.

We know today that mirror neurons are responsible of these extraordinary functions. In fact, these cells help us recreate other people’s intentions inside our brain and allow us to understand in depth their emotional state. This natural procedure facilitates human social behaviour remarkably. An interdependence between one’s own self and other individuals takes place through reciprocal mirroring, this being the indispensable prerequisite for the constitution of an empathy process.

But how does all this relate to musical expression?

Imagine you are at a concert hall. The lights go down and the room fills with silent expectation. The orchestra conductor makes his entrance and everybody applauds. Silence comes again, but this time it is more dense. The conductor lifts his arms, takes breath and at this exact moment of deep concentration the members of the audience hold their breath too, until the first note is played.

Why does all this happen to the listener? And why not only to the performer?

Every music work is expressed through a body in action and the dynamics of a gesture that produce a sound coherent with the expressive value that is being displayed. Actually, this gestural expressiveness represents the internal pivot around which a harmonization capable of activating in the listeners a shared simulation of the same experience is built.

Recent studies make clear that gesture and language are two parts of a single system of coherence. Moreover, gestural expression precedes the development of language and acquires a specific value in the act of imitation, which is the primary form of sharing with the other.

Research on the mirror neurons network has clarified the existence of a neural mechanism that maps directly the expression of others’ actions on the motor representation of the same actions in the observer’s brain. The results of these studies highlight our ability to resonate with actions taken by others exactly because the mirror neurons discharge both when we perform an action and when we see it performed by someone else. This mirroring mechanism, that involves our motor system too, demonstrates that not only we see through the visual part of our brain, but also through the motor system.

“Mirror neurons map in a constitutive way a relation between agent and object: simple observation of an object lacking action evokes no response in them.” 1

“Mirror neurons underlie, even before imitation, the recognition and comprehension of motor events, i.e. others’ actions.” 2

This common basis is represented by the ability to harmonize empathically to the expressive intentionality of a musical event: an expressiveness shown both in performance practice and in the musical gesture of the performer. That is how the listener feels firsthand a physical involvement almost as if it were him the one playing at that moment, as though looking and listening could make it possible to experience in the body physical sensations coherent with what is being displayed.

In light of these premises it is possible to assume that there is a language of expression to which performer and listener generally agree. The sound idea expressed by the performer is shaped not only on the auditive but also on a gestural plane with a consistency that strengthens the expressive idea during its presentation.

Through the act of performing, the musician discloses the relations established within a musical idea. These acts are the direct cause of both the expressive and sound quality of the acoustic result as a whole. Thus, performance can be seen as the result of an interaction between a plane of thought (what you want to get) and a flexible system of gestural programming likely to obtain these results.

In the light of these remarks we can consider the artistic object as an act of social nature that evokes sensory-motor and affective resonances in the listener similar to  the ones experienced by the actual performer. The inter-subjective nature of musical performance is revealed by the listener’s ability of mimetic representation, which allows him to take part, even unintentionally, in the musical act as a whole.

“Expressiveness is a fundamental feature of mediated immediacy and corresponds, as well as the intellectuality or objectivity of knowledge, to the tension and entanglement existing between body and being, and body and having. Expressiveness is a primal way to cope with the fact of living in a body and at the same time having a body.” 3

So where does this consonance between performer and listener come from?

Is there a resonance mode common to all individuals enjoying a work of art?

Neuroesthetics studies deal with the existence of possible standards of universal perception of a work of art in condition to reveal the nature of the aesthetic pleasure experienced, through the analysis of the psychophysical and neurocognitive knowledge of the visual area of the brain.

Nowadays, this research has been widely developed by experts such as V. Gallese and D. Freedberg, who propose to focus on the physical phenomena that occur during the visual contemplation of works of art. In particular, they observe the neural mechanisms that follow the empathic power of images.

These studies show how firsthand simulation and empathic feelings produced by images play a determined role during the contemplation of a work of art. It seems that the viewer experiences a kind of identification with the gesture in the production of a work of art, a sort of inner imitation of the physical gestures expressed visually.

Research has demonstrated that both simulation and the senso-motor system participate in the recognition of emotions and sensations expressed by others, especially because they allow the reconstruction of what we would feel in a particular emotional state through a simulation of the corresponding physical state.

If this happens in visual experiences, it is not hard to imagine a similar type of mirroring process during a musical event between performer and listener. A simulation of the listener begins in his neurons as if he were taking an active part in the performance. Partially, this happens already when the audience re-interprets a piece every time it is played, continually renewing and updating its meaning. However, in this case it is not an exquisitely intellectual-emotional operation: through simulation we assist to a completely different typology of mirroring process.

Research of this type in the musical field can offer new perspectives on the study of mirroring between performer and audience. In the future we may look at musical performance with scientific eyes from a natural and universally shared point of view, between individuals not only belonging to the same species. 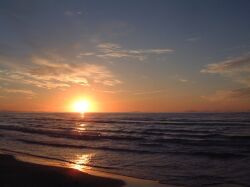